In this third installment of the series we continue to explore the people who made this thing we all love into what it is today. This week we talk about Andy C, Bad Company UK, London Elektricity and Marcus Intalex.

More than not, when someone’s introducing Andy C, Goldie, or Grooverider they’ll probably refer to them as “The Godfather of DnB”. And while that’s not wrong, it might appear as we’ve got more than one. So I’ve searched far and wide, and came up with a list that explores the creators and shapers of this thing we like to call Drum & Bass, from producers, to Dj’s and MC’s. In no particular order, here are the third 4. 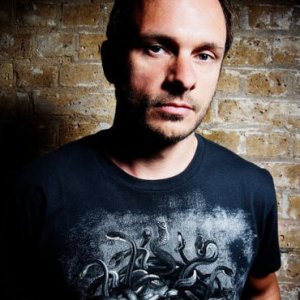 There’s a good reason Andy C (born Andrew Clarke) has won Best DJ year after year on the Drum&BassArena Awards. He has graced virtually every venue and festival in the world where Drum and Bass is played with his signature “Double Drop” fast-paced style of DJ’ing his personal MC Ton Piper, and his baseballcap.

He and his friend Ant Miles used to make up “Origin Unknown”, and their track “Valley of the Shadows“, while not being his first track, surely was his most popular and important one, released at a time where Drum and Bass started to taking shape and cutting its ties with Hardcore. It’s hard to deny the impact those 5 minutes of samples had on later releases by Andy C himself. It defined the style he was looking for and was followed up with classics as “Slip ‘n’ Slide“, “Foul Mouth” (with Moving Fusion) and “Quest” and “Bodyrock” (both with Shimon).

His compilation albums “Nightlife” have turned into a who’s who of Drum and Bass music, bringing a meltingpot of bonafide classics and unreleased bangers. I ,for example, remember hearing a lot of old classics being played again that where on Nightlife 6, in the weeks after it released.

His and his friend Ant Miles’ record label “Ram Records” (est. 1992) is home to a host of big names such as Audio, Delta Heavy, Loadstar, and recently Bad Company UK. It found it’s first success with the release of “Valley of the Shadows”, but really took off when it released Moving Fusion’s classic “Turbulence” in 1999. 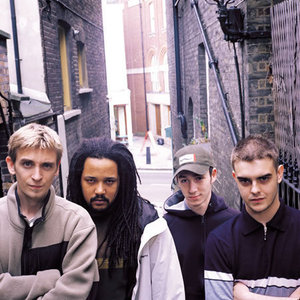 Crafting many tunes in different configurations on Renegade Hardware (dBridge/Maldini as Future Forces Inc and Fresh/Maldini as Absolute Zero and Subphonics), Fresh (born Dan Stein), Maldini (born Jason Maldini), and dBridge (born Darren White) joined forces with Vegas (born Michael Wojcicki) to create the monster Drum and Bass anthem “The Nine“(1998) released on their own label BC Records. This highly acclaimed release (it’s widely recognised as one of the best Drum and Bass songs ever) was followed up with “The Fear EP”, and their first full length album: “Inside The Machine“.

Their Third album called “Book of the Bad” was an amalgamation of their three “Book of the Dead” EP’s, featuring such classics as “Ladies of Spain“, “Mind Games” and of course “Planet Dust“. It also further defined and refined their style, taking the darker elements of their previous work, and adding elements to it only these four could come up with.

Bad Company went on a hiatus around 2005, here’s a breakdown of what its members did during that period:

Fresh released “Escape from Planet Monday” (2006) on his and his pal Adam F’s label Breakbeat Kaos (a combination of Fresh’s “Breakbeat Punk” and Adam F’s “Kaos recordings” labels). Later came “Heavyweight” and “Kryptonite”, and then the hugely succesfull “Nexlevelism” with top 30 hits like “Louder“, “Hot Right Now” and “Gold Dust“.

dBridge, after feeling lost for a time he released his first solo full album “The Gemini Principle”(2008) on his own label “Exit Records”. His label continues to put out quality tunes from the more deep side of DnB with artists such as Calibre, Spectrasoul and even Dub Phizix and Skeptical.

Maldini and Vegas continued under the Bad Company UK moniker, touring the world, and also formed the trio “Blokhe4d” with swiss producer “Uman”.

In 2016 UKF announced the return of Bad Company UK with them releasing their first new song “Equilibrium” and signing on Andy C’s Ram Records. 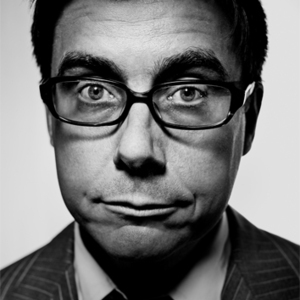 London Elektricity started out as the duo Chriss Goss/Tony Colman, around 1996 after first releasing under the alias “Peter Nice Trio” (to mixed reviews). They started the label “Hospital Records”, with the promise to only release their own music on it, in which they obviously, and thankfully, failed. After releasing their hit single “Song in the Key of Knife“(1998), and a year later their first full album “Pull the Plug” (1999) Chriss Goss decided to leave the duo to focus entirely on the Hospital label, leaving Tony to continue with the London Elektricity moniker alone.

The second full album “Billion Dollar Gravy” involved more guest-musicians, and resulted in a live tour with the studio-band and Drum and Bass’ first ever live album. , a feat he later repeated with the “London Elektricity Big Band” (who premiered at “Hospitality in the Park”, the labels first ever music festival).

Tony presents the weekly Hospital Podcast, who is at the time of writing at its 348th episode, which makes it one of the longest running Drum and Bass podcast ever. The Christmas podcasts remain a fan favourite, where London Elektricity combines his with the listeners top 10 of the year.

Starting out as a House DJ in 1991, Marcus Intalex (born Marcus Julian Kaye) soon discovered the then up-and-coming sounds of Jungle and Drum & Bass. He got himself a residency at a club called Angels in Burnley at night, and worked in a record shop during the day. It was at that residency he met Mark XTC, with whom he later formed “Da Intalex” producing tracks like “What Ya Gonna Do” and “I Like It” and landing their own radio show on Manchester’s Kiss 102 FM.

Being considered by many as a pioneer of the “Intelligent Drum and Bass” genre, Marcus continued his journey through the more soulful and deeper side of DnB with releases on labels like Hospital with his friend S.T Files, with whom he later formed the duo “M.I.S.T.” and started their own imprint called Soul:r.

Having his own label made it possible for Marcus to push the artists he liked, and that he felt deserved to be pushed forward. This made Soul:r maybe not the biggest, but undoubtedly one of the most respected labels in the scene, and gave it a must-buy reputation because of the quality it had put out over the years. Releases on Soul:r include tracks of his own M.I.S.T., but also tunes from artists like Calibre, DJ Marky, Break and Manchester’s own Chimpo.

Marcus Intalex passed away on May 28th 2017, resulting in an outpour of tributes and hommages, like the 4Marcus series, in which his friends and peers paid their respects the only way they know how: through the music that connected them all to him. This is all just more proof of what kind of a man Marcus really was, and how he touched the lives of those he met and worked with.

Stay tuned for more Godfathers of DnB next week!

In the mean time, enjoy our Spotify playlist, featuring songs from this and previous parts on our Godfathers playlist: 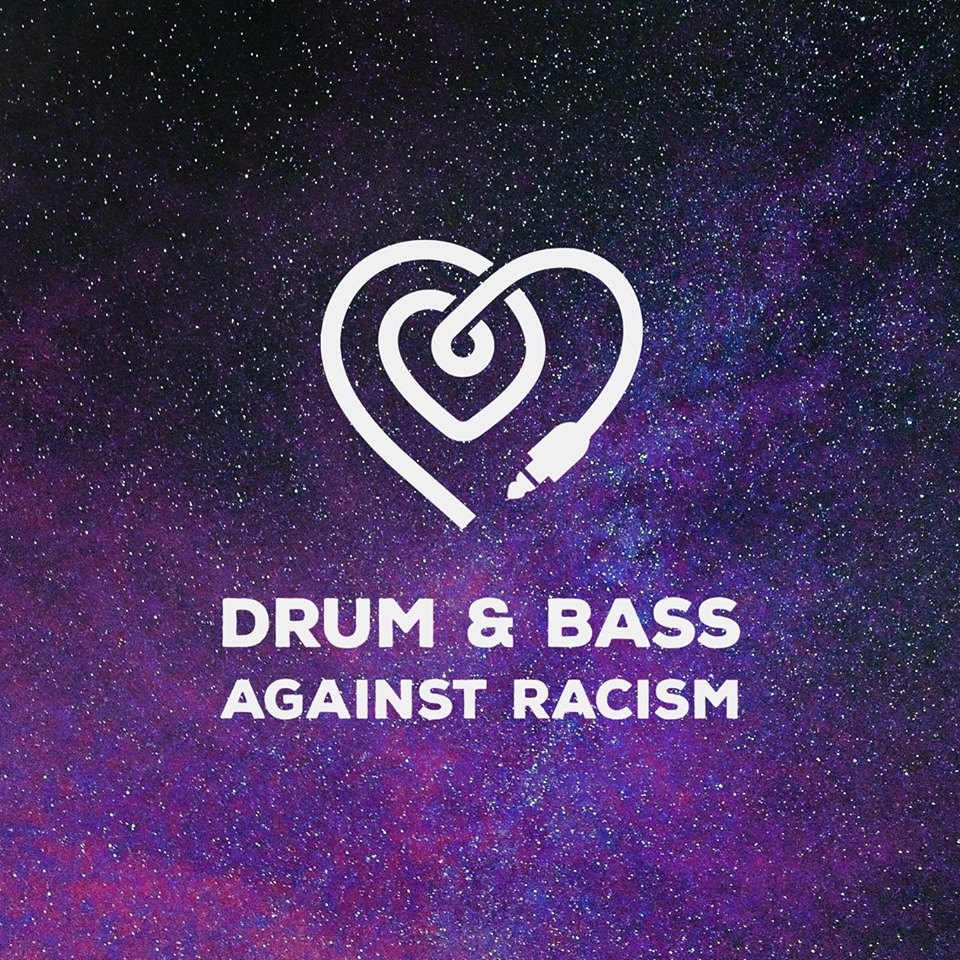 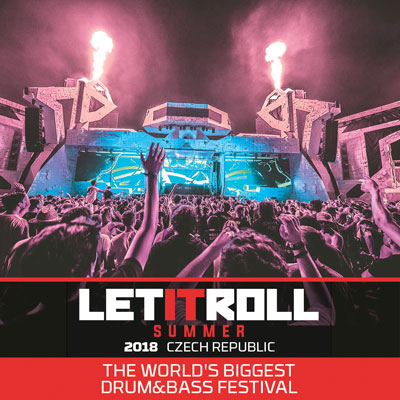 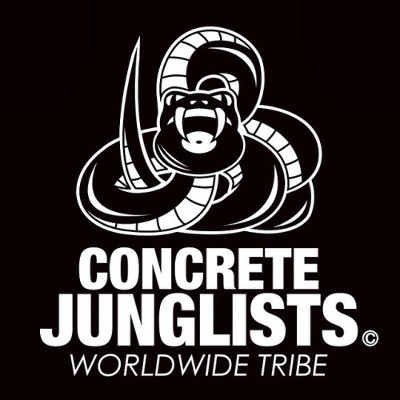 Listen while you read